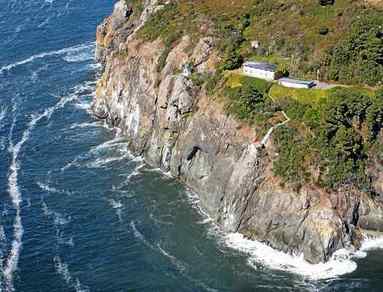 ​In January 2017, by Executive Order authorized under the longstanding Antiquities Act, President Obama designated the federally owned portion of Trinidad Head as the newest unit of the California Coastal National Monument. This monument was originally designated in the year 2000 and includes the approximately 20,000 off-shore rocks and rock islands along the entire California coast.

These thirteen acres are federally-managed by the Bureau of Land Management (BLM) and include the lighthouse and bell tower. The adjacent lands owned by the City of Trinidad and the Trinidad Rancheria are also managed for natural resource protections and public access.

Trinidad Head is joined by four additional BLM properties as newly-designated national monument units. These properties are the Lighthouse Ranch at Table Bluff and the Lost Coast Headlands near Ferndale, both in Humboldt County, as well as the Piedras Blancas coastline in San Luis Obispo County and the Cotoni-Coast Dairies property just north of Santa Cruz.  These five properties are unique on-shore units of the greater California Coastal National Monument and will be managed for public access by the BLM.

California’s 2nd District U.S. Representative Jared Huffman was instrumental in providing support to include specific language into the Executive Order that addressed community concerns. We extend our sincere gratitude to the Conservation Lands Foundation for providing the necessary resources to lead this campaign, as well as their professional staff in California, Colorado, and Washington D.C. that guided this national conservation effort for California’s coastline.

A huge shout out to the Conservation Lands Foundation:
protecting public National Monuments throughout the USA.